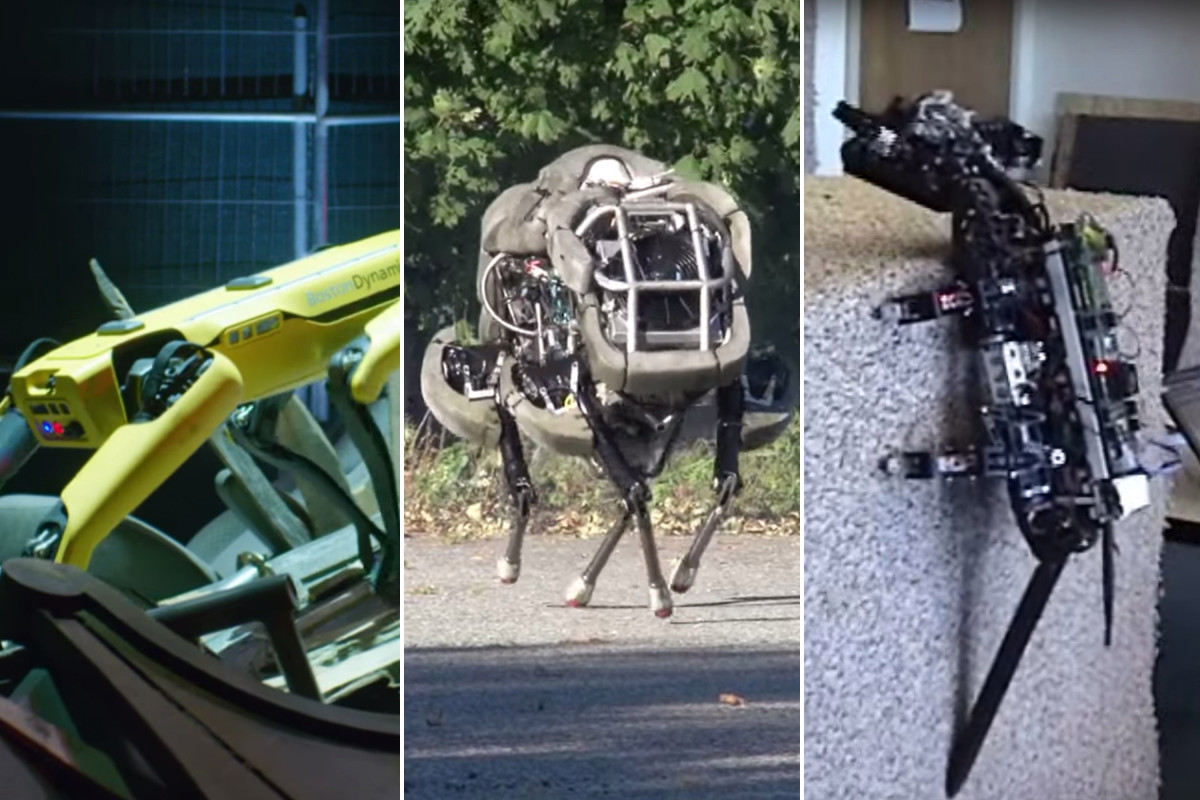 The robot uprising forged in the “Terminator” movies is one step closer to reality.

On Thursday, Toyota debuted its new, upgraded humanoid robot, the T-HR3, which is controlled remotely by someone wearing a headset and wiring on their arms. Toyota claims that in the future, this machine, which is smoother, lighter and easier to use than past models, could be used “to perform surgery in a distant place where a doctor cannot travel. It also might allow people to feel like they’re participating in events they can’t actually attend,” according to the Associated Press.

That same day, it was announced that Swiss researchers developed a light, quick robotic bug called the DEAnsect, which can withstand several whacks from a flyswatter and can survive being stepped on by a shoe. The miniature robot was designed with dielectric elastomer actuators (DEAs), artificial muscles, a microcontroller for a brain and photodiodes as eyes. The bug, which weighs less than a gram, can carry five times its weight, recognize black-and-white patterns and follow lines drawn on the ground.

“This technique opens up new possibilities for the broad use of DEAs in robotics, for swarms of intelligent robotic insects, for inspection or remote repairs, or even for gaining a deeper understanding of insect colonies by sending a robot to live amongst them,” Herbert Shea, a member of the research team with École Polytechnique Fédérale de Lausanne, told SiliconRepublic.

As if swarms of robotic bugs weren’t scary enough — Shea said eventually they will be able to talk to themselves. “We’re currently working on an untethered and entirely soft version with Stanford University. In the longer term, we plan to fit new sensors and emitters to the insects so they can communicate directly with one another.”

These are just two of the latest creations from mad scientists. Here are more bots — some with eerily prescient automated intelligence that is being created behind closed doors.

The Bot Dog that can open doors

This four-legged creature which looks as unsettling as the killer robot dogs from “Black Mirror,” was developed by the secretive company Boston Dynamics — a private firm that was bought by Google parent company Alphabet but sold to WeWork parent SoftBank Group in 2017. While “Spot” was initially used for research, Boston Dynamics announced in September that it will start selling the dog — which can run, unlock and open doors, pick itself up, operate in a variety of weather and challenging terrain and even dance — to “select early customers.” Fun times.

This humanoid robot is also brought to us by the kind folks at Boston Dynamics. Atlas can run, jump, do backflips and actually perform parkour stunts. As the company’s YouTube account notes, “the control software uses the whole body including legs, arms and torso, to marshal the energy and strength for jumping over the log and leaping up the steps without breaking its pace.” Some claim Atlas could be useful in wars, and it is reminiscent of the early bots featured in “The Terminator.”

Boston Dynamics, Stanford University, Carnegie Mellon University, UC Berkeley and Lewis & Clark University all collaborated to build this “bioinspired climbing robot” that looks like a clunky scorpion and has no problem crawling up trees, poles, stucco and brick.

This Boston Dynamics robot, roughly the size of a miniature horse, is “a four-legged robot being developed to run fast on all types of terrain,” according to the company’s YouTube page. The WildCat, so far, “has run at about 19 mph on flat terrain using bounding and galloping gaits,” according to the company. An earlier, smaller version, called The Cheetah, has achieved speeds of almost 30 mph.

Jaws has nothing on this guy as robots are also invading the seas. Brought to us by the U.S. Navy and Boston Engineering, this underwater drone is the size of an albacore tuna but looks just like a shark. According to Wired, it “can operate in water as shallow as 10 inches or dive down to 300 feet. It can be controlled remotely via a 500-foot tether, or swim independently.”

And of course, there’s Sophia. Developed by Hanson Robotics, this humanoid “personifies our dreams for the future of AI. … Sophia is simultaneously a human-crafted science fiction character depicting the future of AI and robotics, and a platform for advanced robotics and AI research,” the company said. Sophia, who has been interviewed on “The Tonight Show,” “Today” and “CNBC,” is the “world’s first robot citizen and the first robot Innovation Ambassador for the United Nations Development Programme.” Sophia and her robot boyfriend, Han, like to debate the future of humanity.