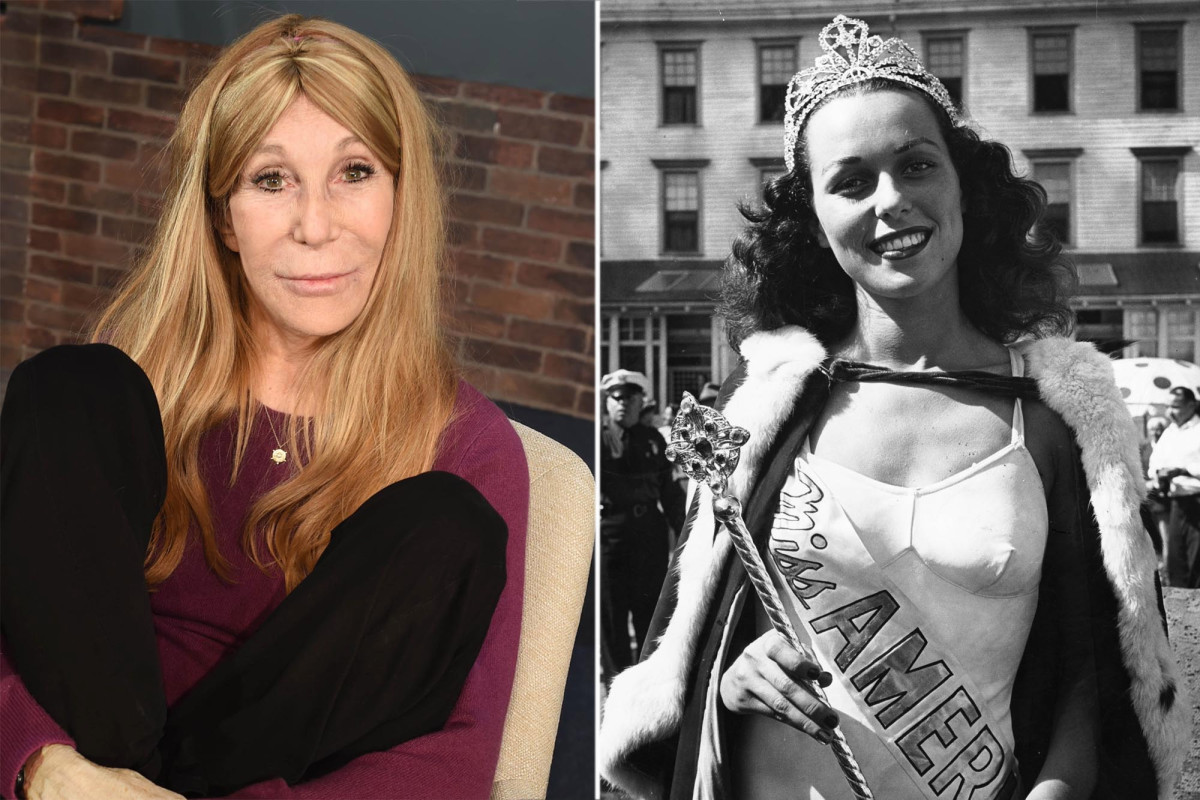 Bess Myerson was known for many things: her beauty, her 1945 reign as Miss America, a career as a game-show panelist and product pitchwoman and her high-profile role in New York politics.

But at home, the beauty queen showed a very ugly side.

“I was very scared of her. She would get very angry, and her wrath was scary,” Grant told The Post.

“She used to slap me on the face — for anything: that my room was a mess, but mostly if I got the nerve to talk back to her.”

Life wasn’t easy in the shadow of Myerson, who at age 21 became the first and still only Jewish Miss America. Grant, who was born to Myerson and her first husband, sales manager Allan Wayne, grew up on the Upper East Side simultaneously trying to please her “perfectionist” mother and avoid her fury.

If Grant wanted to read a book instead of engaging her mother’s friends at an event, Myerson would be livid: “She wanted me to behave like a grown-up, not a child.”

It didn’t help, she added, that she looked nothing like the beauty queen.

“My mother was a statuesque, 5-foot-10 gorgeous woman. I was always the ugly duckling,” said Grant, 70. “As a child, I was chubby and had bad hair and bad teeth — and [that was] an insult to her.”

She recalled being so excited to meet the singer Harry Belafonte — only for him to give her an autographed photo that left the 10-year-old stunned: “Dear Barra, maybe one day you’ll be as pretty as your mother.”

Grant also said she was depressed as a child, which displeased Myerson. “She wanted me to be happy, because it was a reflection of her.”

Often, she recalled, Myerson would ignore her.

“I did get left behind,” Grant said. “The career really came first.”

Some nights, at home with the family’s maids, she would turn on the TV and see Myerson — “the lady in mink” on the game show “The Big Payoff” — and wonder if her mother was coming home. “Often she didn’t until after midnight.

“I spent a lot of time alone,” she added. “I was an afterthought. [My parents] had me because that’s what you did back then.” She adds that her father, a “violent” alcoholic, was physically abusive to Myerson. The two divorced when Grant was 9 years old, and the beauty queen then put pressure on her daughter to help entertain her new boyfriends.

“She didn’t want the guys to get bored — I had to be sparkly and have stories to tell on the rare occasions she took me to have a soda or sundae with some guy, because she couldn’t hide me in a closet.”

Grant moved out of her mom’s house to attend Bryn Mawr and then Barnard College before moving to London to study acting. In 1982 she wed Hollywood producer Brian Reilly, who died in 2011: “I fell in love with somebody who looked at me with unconditional love, as opposed to having so many expectations.” Her mother didn’t approve.

With perspective, Grant now says her mother was mimicking what she knew. Myerson, who grew up “extremely poor” in the Bronx, suffered the psychological abuses of her own parent. “Her mother was extremely cruel to her,” she said.

Grant, who has one child, Samantha, an artist in Los Angeles, is proud that she broke the cycle.

“You have the choice of being your mother — I bent over backwards to be the opposite,” she said. “If I didn’t imitate [her] mothering, I knew I was doing well. I’m nothing like her, except I have drive.” (Myerson served as the city commissioner of consumer affairs, running for the Senate and acting as a campaign chair and public companion of Mayor Ed Koch.)

The beauty queen turned power player died in her sleep in 2014, at age 90. “It’s hard to miss her,” Grant said. Still, she believes the show will help work through demons.

“The message of the show is forgiveness. You have to forgive. For me, it’s taken a lifetime.”