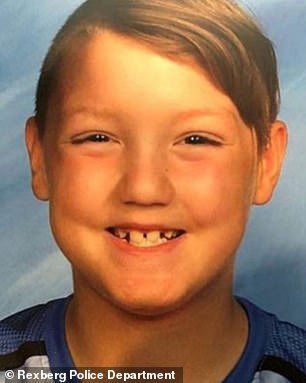 Idaho police are searching for two children who have not been seen since September, but were never reported missing by their mother or the man she married just weeks after his first wife was found dead under mysterious circumstances.

The children – seven-year-old Joshua Vallow and 17-year-old Tylee Ryan – are believed to be in serious danger, Idaho’s Rexburg police said in a press release Saturday.

Authorities have asked the public for information on the whereabouts of the children’s mother, Lori Vallow, and her new husband, Chad Daybell.

They suspect the children’s disappearance may be linked to the October 19 death of Chad’s wife, Tammy Daybell, at her home in Rexburg. 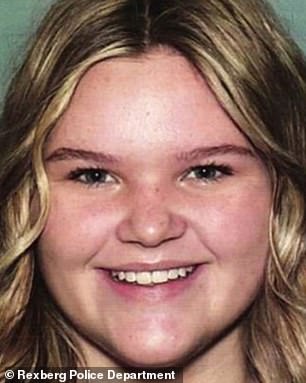 Idaho police are searching for two children – seven-year-old Joshua Vallow (left) and 17-year-old Tylee Ryan (right) who have not been seen since September. The children were never reported missing by their mother, Lori Vallow, or her new husband Chad Daybell 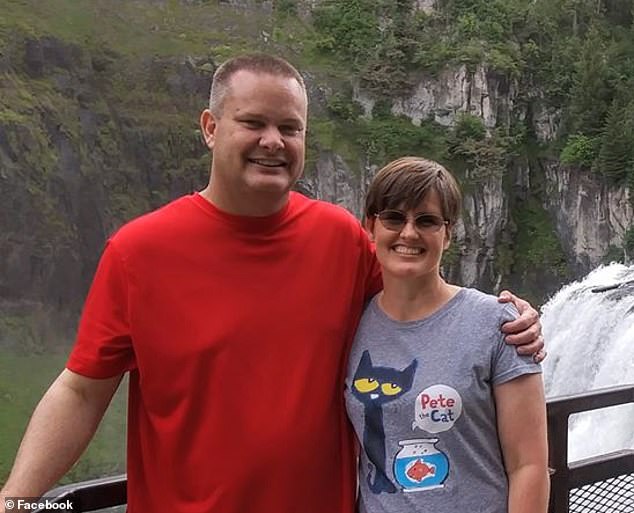 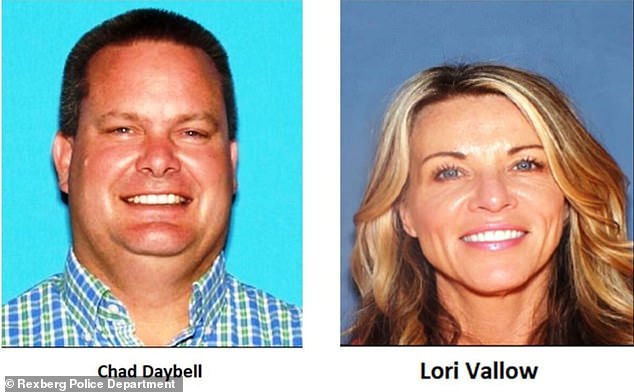 Authorities have asked the public for information on the whereabouts of Chad (left) and Lori (right), who appear to have fled from Rexburg amid the police search for her children. Investigators say the couple lied about the children’s whereabouts and refused to cooperate

Lori and Chad – the author of 25 books for the Latter-Day Saints market – tied the knot just weeks after Tammy, 49, was found dead, supposedly of natural causes. She was buried three days later in Springville, Utah.

Police went to Lori and Chad’s home to conduct a welfare check on Joshua on November 26, after out-of-state relatives reported that they hadn’t spoken to Joshua, who has special needs, since September.

The couple told investigators that Joshua was in Arizona, staying with a family friend, police said.

When that statement was proven to be untrue, police obtained search warrants on November 27 at Rexburg locations associated with Lori, in an effort to find the missing boy.

It was then that they discovered that both Lori and Chad had fled their home and Rexburg. Police do not think that Joshua was with the couple when they left town.

During the investigation into Joshua’s whereabouts, police learned that he was last seen at school on September 23 and that his sister Tylee hadn’t been seen since September, either. 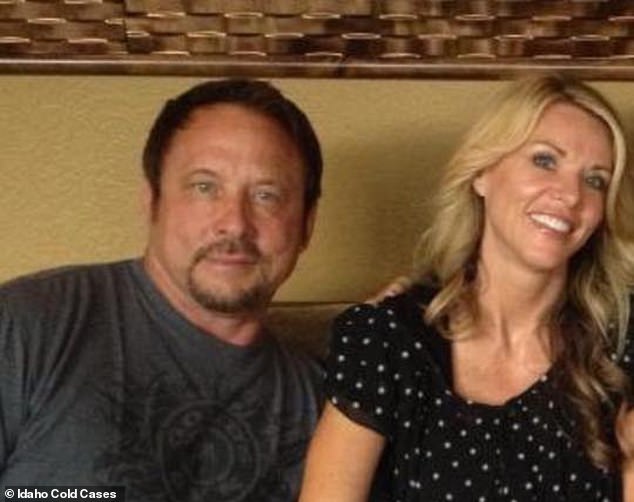 Lori Vallow (right) is pictured here with her previous husband, Charles Vallow (left), who was fatally shot ‘in self defense’ by Lori’s brother in July 2019 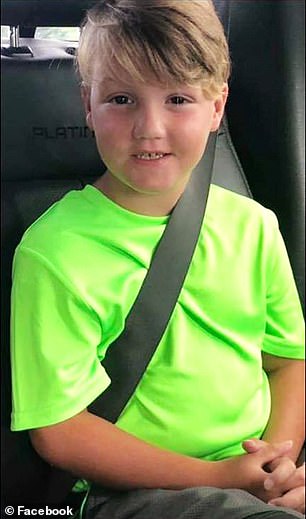 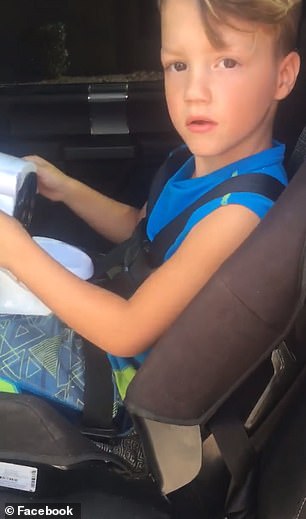 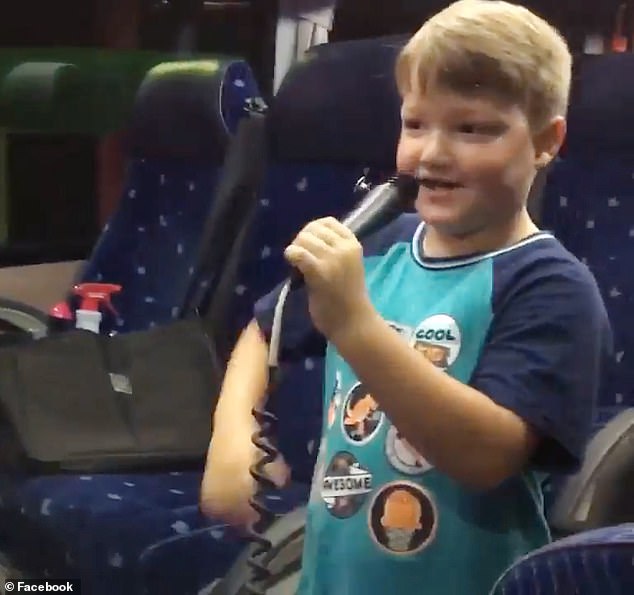 Joshua Vallow is pictured here in a still from a video in which he was signing on a bus with his grandparents. Joshua is said to be on the autism spectrum and was adopted by Charles Vallow 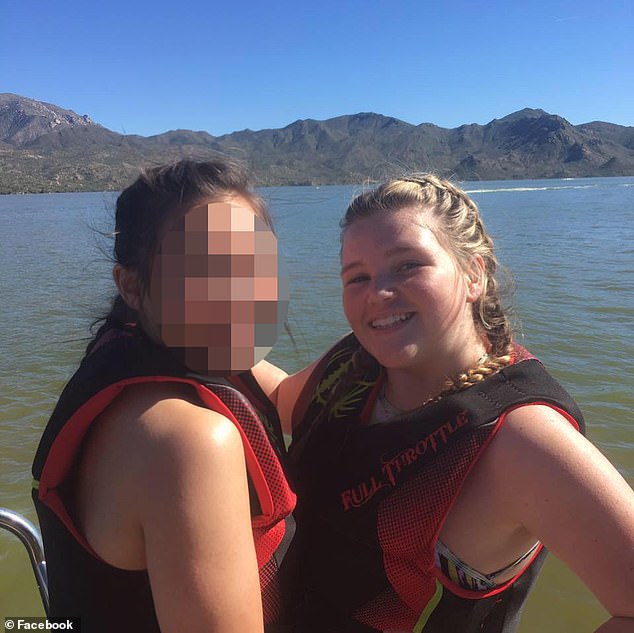 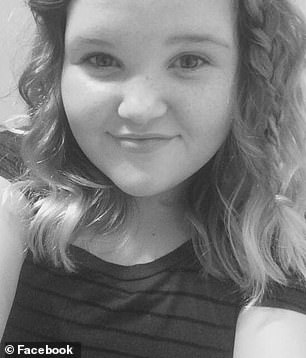 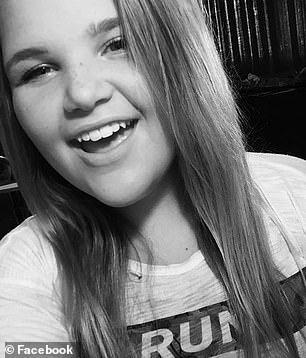 Authorities believe that Tylee (pictured) and Joshua’s disappearance may be linked to the death of Chad Daybell’s wife, Tammy Daybell

Rexberg Police Chief Shane Turman told EastIdahoNews.com that although they have been in contact with Lori and Chad, they do not know where the couple is and that they are not cooperating.

‘They’ve told us several stories about where the children are, but when we investigate, the children don’t exist where they say they should,’ Turman told the newspaper.

He added that police think the children are ‘in pretty serious danger.’

Fox 13 reported that they found Venmo transactions on an account that appeared to belong to Tylee, dating back to October.

The FBI – who has been enlisted in the search for the missing children – is said to be examining these transactions. 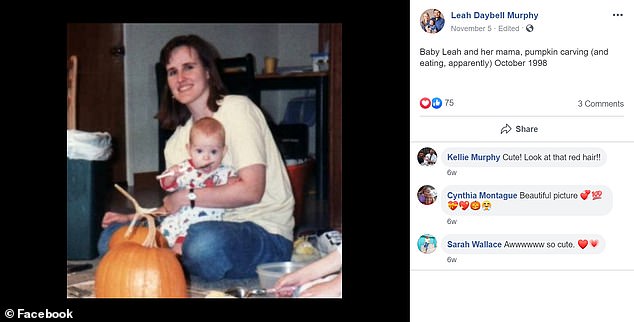 Tammy Daybell’s daughter, Leah, posted this flashback photo of herself and her mother 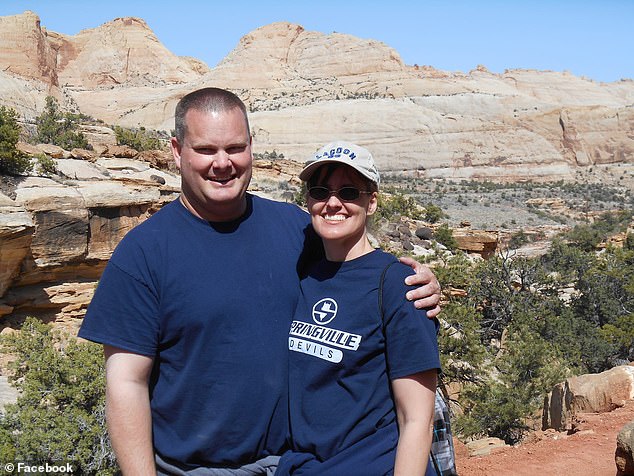 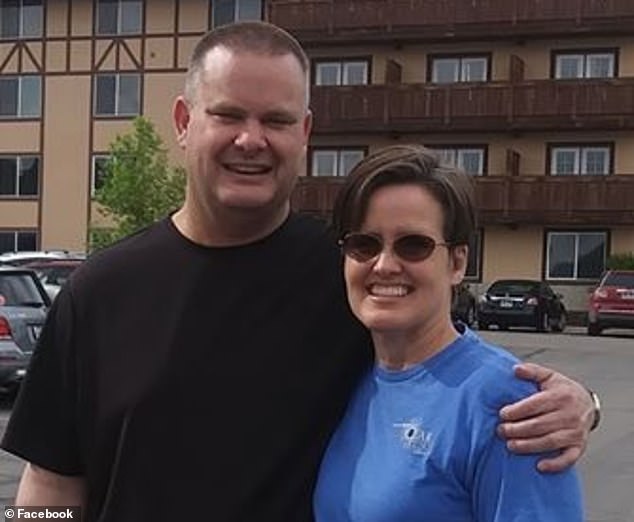 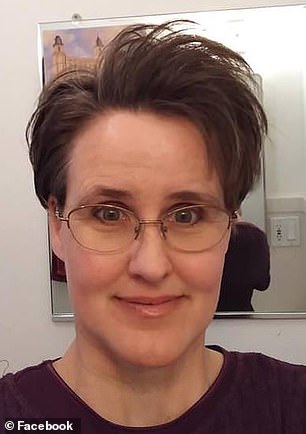 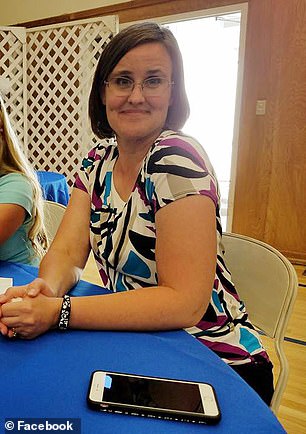 Investigators initially determined that Tammy Daybell (pictured) died of natural causes but are now treating her death as suspicious. Her body was exhumed on December 11 for an autopsy

Police now believe that the children’s disappearance is related to  the death of Chad’s previous wife. They exhumed Tammy’s body on December 11 so an autopsy could be performed.

The East Idaho News reported that the Utah Office of the Medical Examiner has conducted the autopsy, although it does not appear the results have been made public yet.

It was initially determined that Tammy – who married Chad at a Latter-day Saints temple in 1990 – had died of natural causes in October.

Chad’s new wife, Lori, was also widowed in 2019 when her husband, Charles Vallow, 63, of Texas, was fatally shot by Lori’s brother, Alex Cox, on July 11 in Chandler, Arizona. 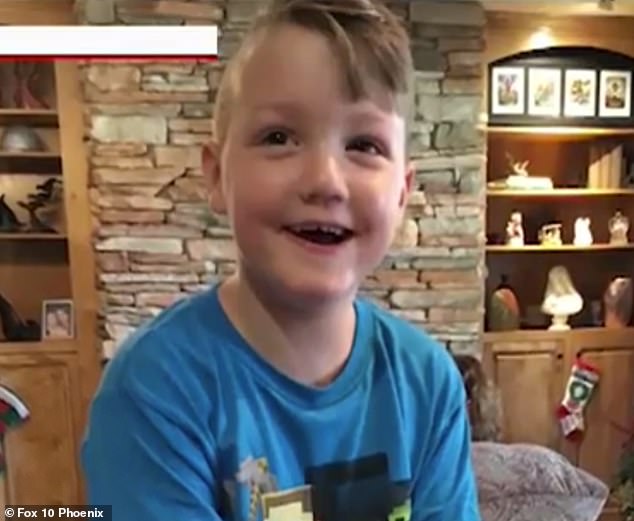 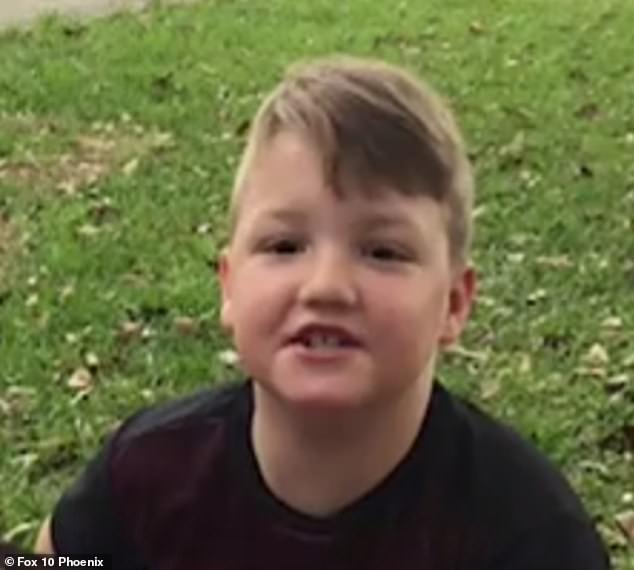 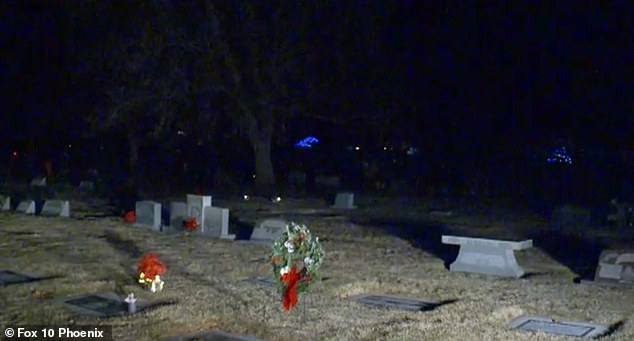 According to a Fox 10 report from the time of the incident, Cox claimed that Charles had gone to estranged wife Lori’s then-home in Chandler to pick up Joshua, their adopted son.

Timeline of Joshua and Tylee’s disappearance

July 11: Lori Vallow’s husband, Charles Vallow, killed in self-defense by her brother, Alex Cox, in Arizona following an argument between the three people

September 23: The last time Joshua was seen at his school in Idaho

October: Activity found on a Venmo account that may belong to Tylee

October 19: Chad Daybell’s wife, Tammy Daybell, dies at their home in Rexburg. Officials rule her death to be of natural causes

November 26: Out-of-state relatives ask Idaho police to perform a welfare check on Joshua. Lori and Chad claim he is in Arizona with a family friend. Police also learn Tylee has not been seen since September, either

November 27: Police execute a search warrant at Lori and Chad’s home, discovering the couple have fled the city

December 11: Tammy Daybell’s body is exhumed from the Utah cemetary

When Charles and Lori started arguing, Cox intervened on behalf of his sister. Charles and Cox then fought each other, with Charles supposedly hitting Cox in the head with a baseball bat.

At some point during the fight, Cox was said to have shot Charles twice in the chest in self-defense, before calling 911.

No arrests were made following the incident, although both Cox and Lori were questioned by police. The case was investigated by Chandler police and the Arizona’s Maricopa County Attorney’s Office.

Cox himself is now dead, although it’s unclear how he died, as Rexburg officials declined to comment on the details regarding his death due to the ongoing investigation.

Police in Gilbert, Arizona, told Fox 10 that they are investigating Cox’s death.

Social media posts by Charles’ relatives indicate that Cox died on December 12 – a day after Tammy Daybell was exhumed.

Relatives of Charles Vallow have taken to Facebook to share messages related to the search for the missing children, Charles’ death and Lori’s recent behavior.

In one post, Joshua’s grandmother, Arizona-based Kay Vallow Woodcock, wrote that Lori was a ‘wonderful, loving, attentive mother’ to Joshua, who is Level 2 on the Autism spectrum and had been adopted by Lori and Charles in 2013.

‘Things started changing over the past 18+ months when Lori began spending all her time with a new religious group, that we refer to as a ‘cult,'” she noted, without naming the group.

Kay and husband Larry Woodcock told Fox 10 that they last saw Joshua via FaceTime in August and that Lori had moved the two missing children from Arizona to Idaho shortly before they went missing in September.

Kay told the news station that Lori’s personality had changed over the last 24 months. 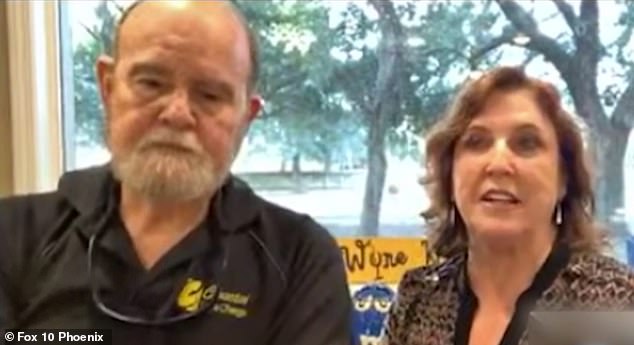 The children’s grandparents (L to R), Larry and Kay Woodcock said that Lori had changed after she got involved with Chad 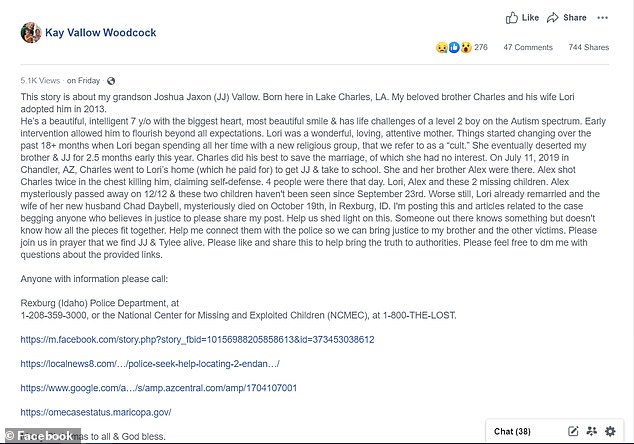 Joshua’s grandmother and other relatives have taken to Facebook to post about the children’s disappearance, asking for help in locating them 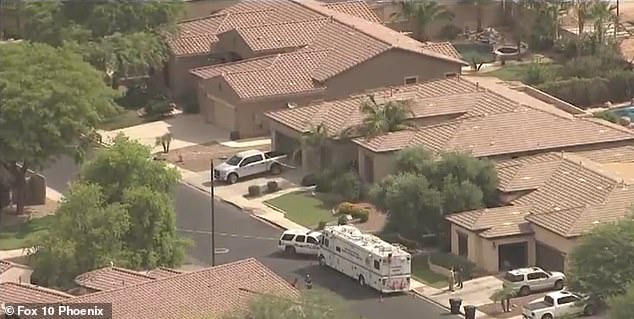 The Arizona scene from when Charles Vallow was killed in ‘self-defense’ in July, after getting into an argument with Lori and her brother, Alex Cox, while picking up Joshua

‘To think that within the last two years she has completely changed into a monster, I’m making an understatement,’ Kay said, adding that ‘Something happened to her. She just turned off and once she got involved with that cult with Daybell, she just turned off the person we knew just went away.’

Police told Fox 10 that the two missing children could be in Idaho, Arizona or Utah and that even though Lori and Chad aren’t suspects in their disappearance, the couple is wanted for questioning.

Anyone with information about the case is asked to contact the Rexburg Police Department at 208-359-3000, or the National Center for Missing and Exploited Children at 800-THE-LOST.

Joshua, seven, has brown eyes and brown hair. He is 4′ tall and weighs 50lbs. 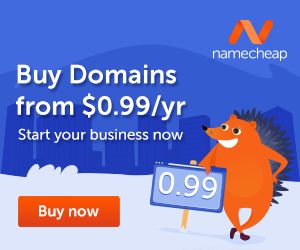 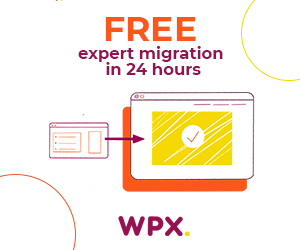