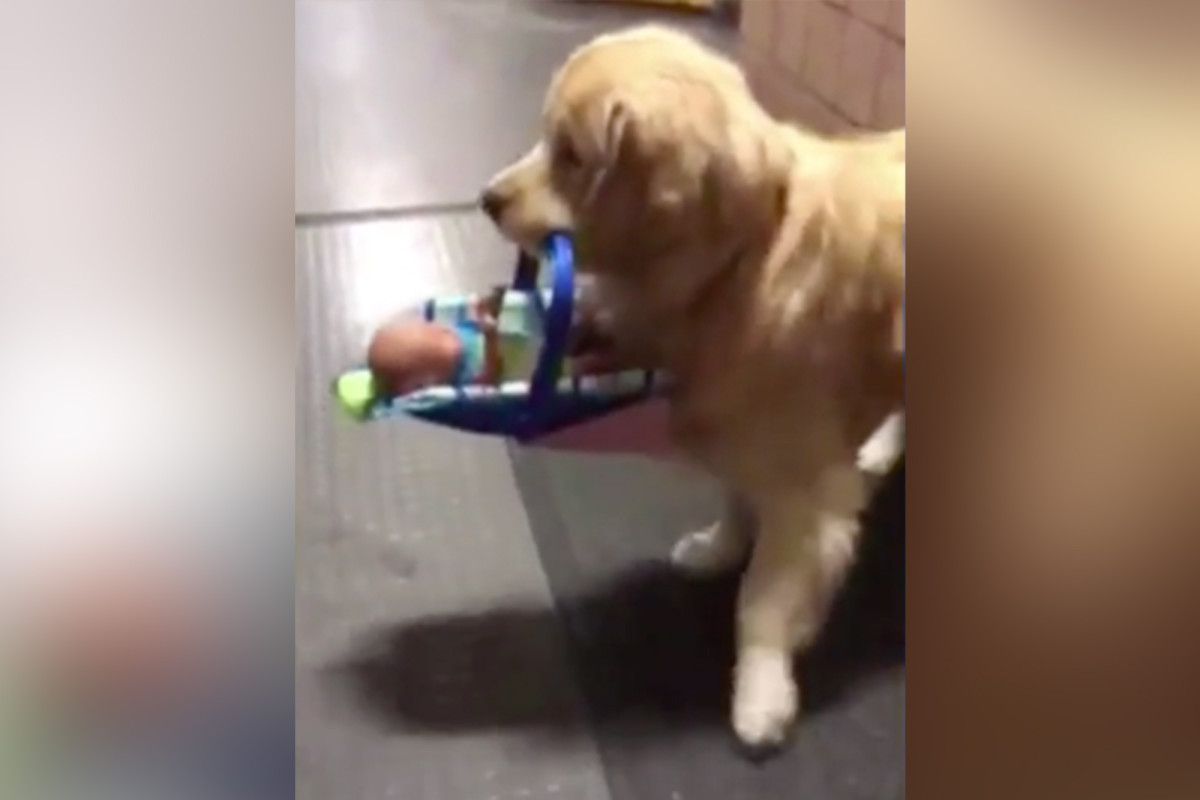 A pooch working for a Massachusetts police department was caught red-pawed stealing from a toy donation bin.

The Franklin Police Department has been collecting toys for underprivileged children for the Santa Foundation — and recently noticed several toys had gone missing.

After reviewing surveillance tapes, officers caught their colleague Ben, a golden retriever who works for the department as a therapy dog, making off with the missing toys.

In a video posted to Facebook, Ben’s colleagues confronted him as he was attempting to steal yet another toy, a baby doll in a bassinet.

When asked, “where you going with the baby?” Ben bolted back to his bed where officers found the other missing and now slobber-covered toys.

The toys have been replaced and Ben has been banned from the toy room.