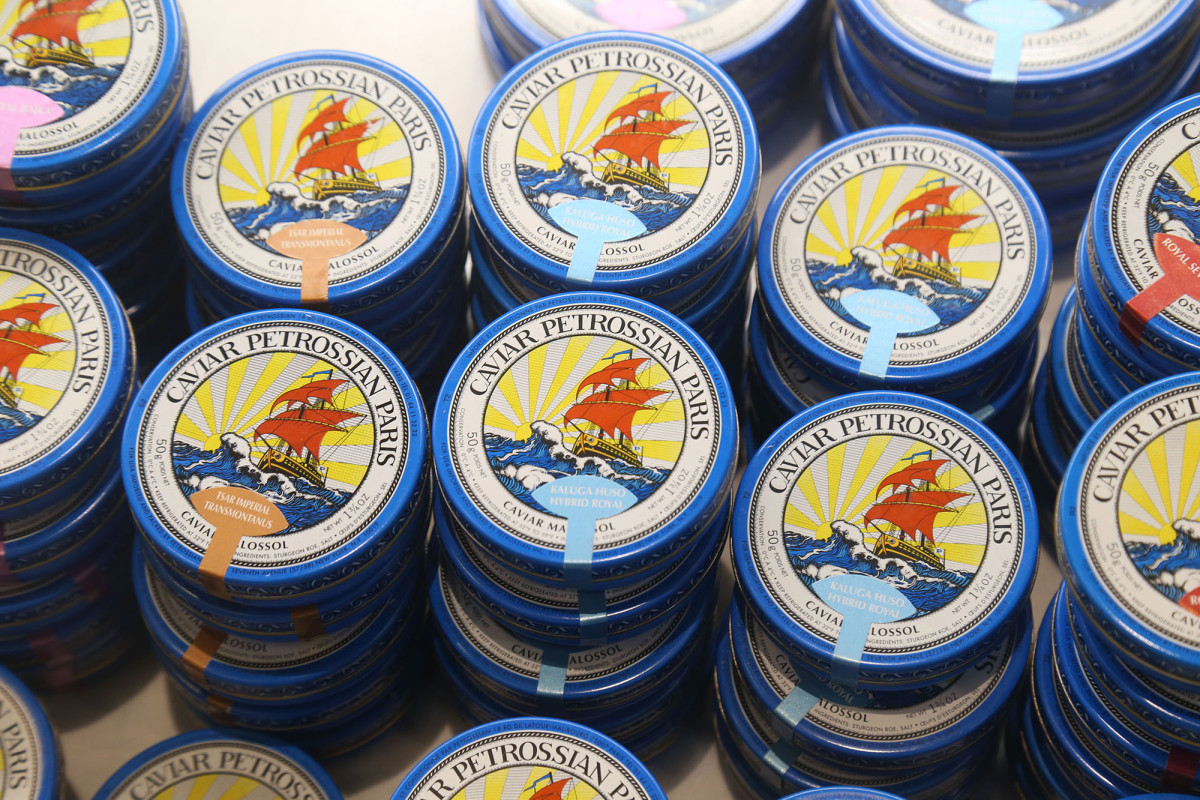 Caviar prices are plummeting — but if you want the best price, you might want to find a dealer.

An Upper East Side mother of two — who prefers to identify herself only as “Amy” — admits she recently began to buy caviar the same way teenagers score weed: She texts her order to a phone number and gets the stuff delivered the same day.

Amy, a private-school mom, says she pays with either cash or Venmo, and her go-to order is a 500-gram tin of Chinese-farmed Beluga for $300.

“It’s something I use on a regular basis for parties and get-togethers,” she told Side Dish. “It elevates the experience to a level that people appreciate. It is really hard to please New Yorkers.”

Still, Amy also admits that, as delicious as it is, she can’t exactly vouch for the provenance of the stuff.

Even if you don’t have a special connection, caviar is becoming more accessible than ever. Wholesale prices in the US have plunged more than 50 percent since 2012, from $850,000 per ton to $350,000 per ton last year, according to the UN Food and Agriculture Organization.

The democratization has been made possible partly by an increasing abundance of high-quality, farmed caviar from China, which accounts for about half of what was consumed by Americans last year, according to the US Census Bureau.

But it’s also because of American entrepreneurs like Mark Zaslavsky and Mark Gelman, who took extraordinary steps 16 years ago — flying live, rabbi-blessed Caspian Sea sturgeon over from Europe, sloshing in tanks — to set up a domestic farm that has since become wildly productive.

Indeed, Zaslavsky and Gelman say their Florida-based Sturgeon Aquafarms is now the world’s largest Beluga farm, with more Beluga sturgeon (16,000) than in the entire Caspian Sea. (The farm just donated 160,000 fertilized eggs to the Caspian Sea — whose caviar was banned in the US in 2005 over extinction fears — to help with re-population.) Their Marky’s Caviar shop at 1067 Madison Ave. offers caviar from the aquafarm, in addition to high quality farmed caviar from around the world — and a nightly eight-course tasting menu via Eleven Madison Park alumnus Chef Buddha Lo.

For New Yorkers dining out, the cheapest option at Midtown mecca Petrossian is now a 30-gram tin of “Royal Transmontanus” caviar from California that sells for $54 — down from $77 last year, says Serguei Aver, general manager at the Petrossian Boutique & Cafe at 911 7th Ave.

At the same time, of course, pricier options are still available. Petrossian sells 500 grams of a special Reserve Kaluga Huso Hybrid blend from China that sells for $8,000 per 500 grams.

“Petrossian is trying to keep the luxury of caviar while making it accessible,” Aver said. “The caviar market has increased overall and so has the competition.”

Petrossian’s “homemade croque caviar” is $29; its pasta with caviar (homemade with a simple butter sauce) sells for $31. At Serafina, spaghetti al caviale sells for $39, while pizza al caviale, with boiled sliced potatoes, crème fraiche and caviar, sells for $32.

Marble Dessert Bar in the West Village even sells a white chocolate ganache tart with tarragon, lemon gel and Black Diamond beluga caviar for $25, while 15 East adds caviar to soba noodles for a Japanese version of a buckwheat blini topped with caviar for $26.

At the higher end, Tsukimi created a take on scrambled eggs with caviar and sea urchin as part of its $195 per person tasting menu. Industry Kitchen even has a $2,000 caviar pizza, with Stilton cheese, foie gras, truffles and 24-karat gold leaves that has to be ordered 48 hours in advance.

The caviar-curious on a budget can also check out low-priced Web sites, with no-frills sources like DeliveryCaviar.com.

‘I have no clue who, what, where and when it comes from. It’s like a drug deal — and it’s good’

Dozortsev’s father, Eugene, who founded Caviar Russe in Midtown in the 1980s, imported wild Caspian Sea caviar back when it was legal from places like Kamchatka. When the Soviet Union fell, the Russian mob took over much of the caviar trade and used profits to help fuel arms, drug and human trafficking deals, experts say.

Today, Dozortsev imports farmed caviar from around the world — mainly from China, Russia and Canada. He also sells to restaurants like Tsukiji Fish Room at Newark International Airport, which offers a one-ounce tin of ossetra caviar with fresh blini, crème fraiche and mother of pearl spoons in a bento box to go for $89.

If you’re looking for an even better rate, however, you may have to hit the streets. Amy, the Upper East Side mom, says she got her number from another neighborhood mom — who made her swear not to hand it out to others.

“Because,” she ventured, “she doesn’t want anyone to know her secret pricing, I guess?”