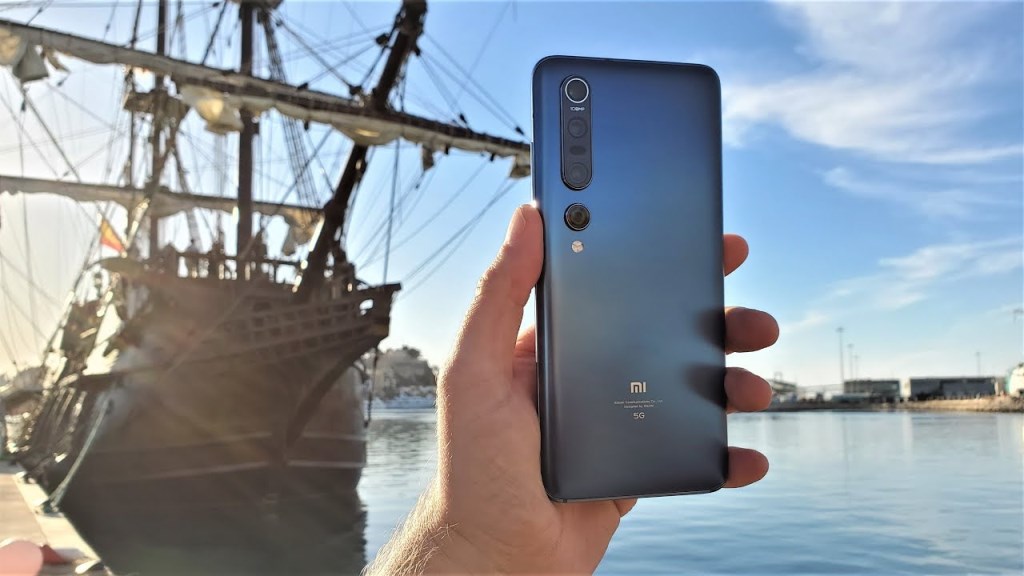 One of the most “difficult” choices a company has to make is deciding which audience to target with the price and features of the devices it designs and markets.

For Xiaomi until recently, the choice was relatively simple, as it focused on offering Smartphones– thikes kiniton – with impressive technical features for their price range. The new and impressive Mi 10 Pro, however, comes to show in the best way that the company can easily design a Premium Smartphone that has absolutely nothing to envy. From its competition.

The company’s newest Smartphone has everything it needs to really belong to the High-end category, and now it costs less. 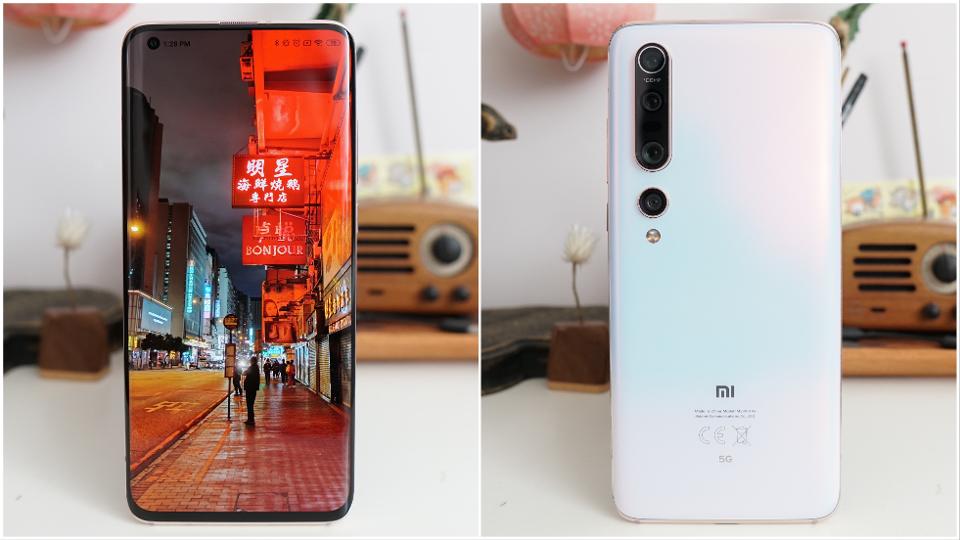 One of the first things you realize when you first get your hands on the Mi 10 Pro is that it’s a premium smartphone. Its construction materials, finishing and of course, its assembly, are exactly what “should” be in such an expensive device.

Compared to the previous Mi 9, the company has paid much more attention to the combination of glass and metal, will emphasize its features and will leave a sense of solidity in the hands of its owner.

The details you notice in the finish are interesting, such as the curved glass on the back of the Mi 10 Pro, which combines two more features at the same time. It is now common for a Premium Smartphone to have a “matte” glass surface on the back that has a more luxurious feel, but the Mi 10 pro combines this look with a Gradient colouring that leaves a… rose under the white colour.

What matters, however, is that even the “intensity” of the curve on this rear glass surface is well chosen so that it sits properly in the hands of its owner.

In this rear are also placed the 4 cameras in total that the Mi 10 Pro has, in two different frames that protrude logically from the rest of the surface, given the size of the cameras that host them inside. On the practical side, a camera that is different from the other three is a little lower than ideal, at a point that is often covered by one’s hand when holding it.

However, something that makes a special impression on the design and the practicality it offers, are the two stereo speakers that the Mi 10 Pro has. Most devices on the market that offer a stereo sound use the headset in conjunction with the speaker at the bottom. The Xiaomi device has two regular speakers, and in fact “symmetrical” in design and size, one at the top and one at the bottom.

In this way, the company has achieved a well-balanced sound that is no different from the left on the right side and has impressive levels of volume and bass without annoying alterations.

If there’s one thing we’d like the Mi 10 pro to have, it’s a headphone port, especially since it’s thick enough to fit. Also, although Xiaomi does not consider IP68 certification necessary for water and dust resistance, in the price range that now belongs to the Smartphone, it is a feature offered by almost all its competitors. 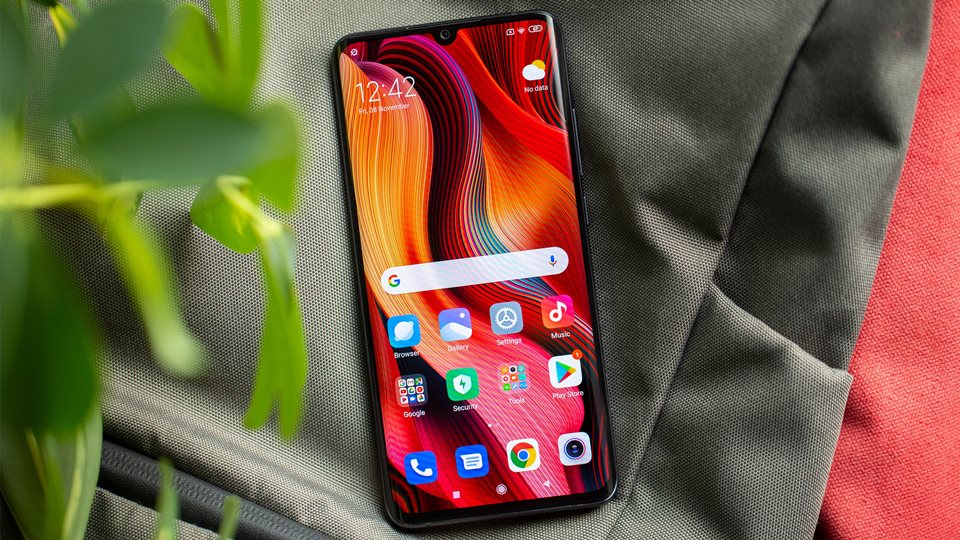 One of the most important features of the Mi 10 Pro is the cameras on the back, obviously, but also its particularly impressive screen. Xiaomi has chosen to reasonably increase its size compared to the immediately preceding Mi 9, and now its diagonal is at 6.67 inches.

Of course, this is also an AMOLED panel, which is now curved on its left and right sides. However, the company correctly chose this curve not to be particularly intense, to make the screen (and the entire Mi 10 pro) more beautiful and impressive, but without disturbing its daily use.

But an even more important change is the higher 90Hz refresh rate supported by the Smartphone screen. Here Xiaomi has chosen perhaps the ideal combination of smoothness and ease of use since so far all screens with an even higher refresh rate of 120hz have a particularly negative effect on the battery of the devices.

What matters here is that the Mi 10 Pro is probably the right combination in terms of quality and what one expects to have on the screen of such an expensive Smartphone without the limitations in performance and not only, that usually come together in higher resolution screens.

The company has now designed a very careful and practical Always On Display for the Mi 10 Pro, which correctly displays notifications from any application. It even has additional options for customizing its appearance, but also for exactly how it will work, bringing its utility to the same levels as those of the competition.

The Mi 10 Pro is the second device (along with the simple Mi 10) to prove that Xiaomi has absolutely nothing to envy in the field of photography. We should not forget here that the company was the first to bring to market a Smartphone with a 108MP camera that even brought with it four more highly capable cameras.

In the Mi 10 Pro, the 108MP camera comes with improvements in its actual performance, due to the most powerful processor inside but also all the technical features that one now considers data even in a camera with such a high resolution. The lens aperture is very “bright” at f / 1.69 (typically referred to as f / 1.7 in camera application) while there is normally OIS which is especially useful especially in video recording.

In fact, here we have to mention that the camera of the Mi 10 Pro has the same physical size as that of the Samsung Galaxy S20 Ultra and an even slightly brighter aperture in its lens, but without facing the problems with the focus that even today they are bothering Samsung’s device. One could say that here Xiaomi is taking advantage of the experience it gained with the Mi note 10, but even that did not have similar problems.

What matters, though, is the actual performance of this camera. Here Xiaomi uses the pixel Binning technique once again since this particular and every camera with such a high resolution is designed to work this way. The photos, therefore, have a resolution of ¼ of its rated sensor and are stored at 27MP.

Their detail is extremely impressive, precisely because at 27MP there is a lot of room for storage, even with the “disadvantage” that they are larger than most competing devices. This is the best indication that Xiaomi has limited the compression that the Mi 10 pro applies to each photo in order to maintain the quality and detail they need. 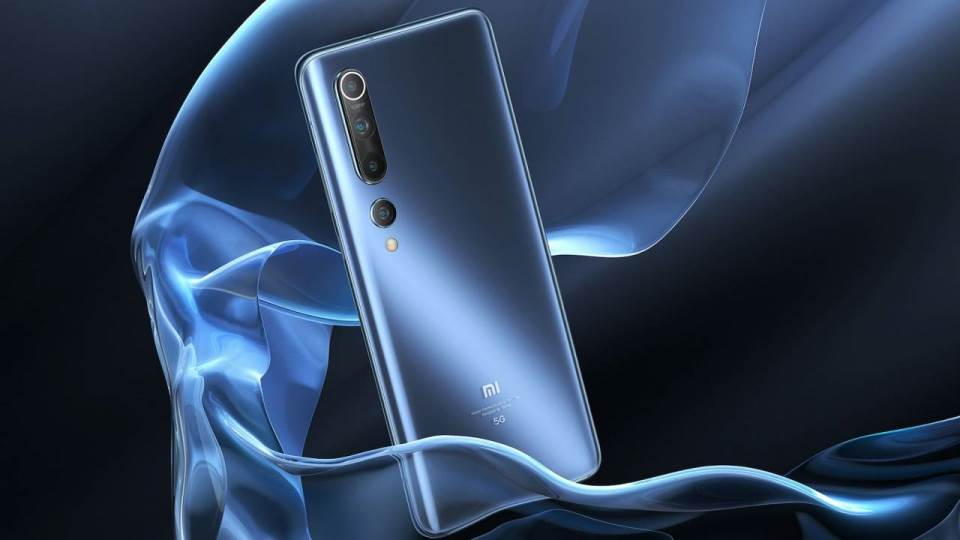 The main camera of the Mi 10 Pro is the only one that can take advantage of the Night mode designed by the company, something we would like to change in the future and become available for the other three cameras on the back.

The next two cameras on the back of the Mi 10 pro are “similar” in their usefulness, but also quite different from each other. They are available to offer different levels of magnification in 2X and 5X for the owner to always choose the one that suits the photo he wants to take. In this way, it has the option of two levels of visual and not digital zoom, in stark contrast to almost any other proposal in its competition.

The camera with the 2X optical zoom is also the one with the highest resolution of the two, at 12MP while it also has a very efficient aperture with f / 2.0 in its lens. The photos it can take are particularly impressive in detail, mainly because the Hardware inside the Smartphone has the comfort of annoyingly quickly processing data from it.

As mentioned at the beginning of this Review, the Mi 10 Pro is a Premium Smartphone that has absolutely nothing to envy from its competition. Xiaomi has made sure that it is top-notch in all areas, and in some, such as performance and some of the camera options, it is superior.

In this way, the company now has every right to consider that its top Smartphone can, and should, have a similar selling price to its competition. Especially if one considers that the Mi 10 Pro comes with support for 5G mobile telephony networks that in 2021 will be commercially available in our country.